Heartburn and acid reflux, also called gastroesophageal reflux disease (GERD), can be very irritating and in the worst case, they can make your life almost impossible. I know this from personal experience as I have suffered from both for many years. I wanted to write this article to explain what is heartburn and acid reflux, what is causing them, and what are the best herbal teas and other remedies for these conditions.

As for the most diseases and conditions, you often have a genetical tendency for them and then there is a triggering factor (or factors) causing the onset of the condition. I have inherited a sensitive stomach that is often causing me problems. However, I had never suffered from heartburn or acid reflux until I was 30 years old. That’s when I was in busy and stressful work, consuming a lot of coffee daily, not sleeping enough, and drinking quite a lot of alcohol as well.

All of the above-mentioned habits contributed to increasing occasions of heartburn and other digestive problems, and finally having quite a serious acid reflux. I went to a doctor and got some pills, and maybe they helped a little bit, but I realized I have to change some things in my life to get better.

Let me first explain briefly what are acid reflux and heartburn, what is causing them, and what are the things you should avoid if you are experiencing these problems. I will also tell you what are the best herbal teas for treating them, and finally, I will give my best tips for avoiding and treating them based on both my own experience and research.

As many as 20% of the US population suffers from heartburn about once per week. So it is quite normal to have heartburn every once in a while, but having it often for a long period of time can make your life very uncomfortable and cause serious health problems. When it becomes a longterm problem it is called acid reflux or GERD, which will be discussed a bit later in this article. 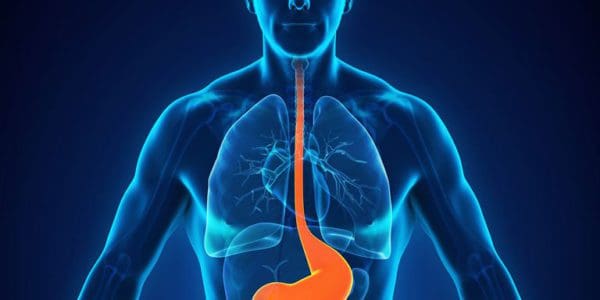 Heartburn is irritation of the tube connecting your throat and stomach (esophagus). It is a burning sensation caused by stomach acid that has gotten into the esophagus. Heartburn is often related to a malfunction of a muscle called the lower esophageal sphincter (LES). LES is supposed to open only to let food into the stomach. When LES stays open for too long or doesn’t close completely, the stomach acid is let into the esophagus.

A common trigger to heartburn is overeating, especially when you eat greasy and fried foods. Also, stress and lack of sleep can lead to heartburn. Pregnant and obese people suffer from it most often, because their condition puts extra pressure on the stomach, causing the stomach acid to move upwards.

The length of heartburn symptoms can last only for a few minutes, or it can last for several hours. The symptoms include the following:

What is Acid Reflux (GERD)?

Having acid reflux disease means that your stomach acid is constantly moving up to the esophagus and you suffer from heartburn at least twice a week for a prolonged time. Hiatal hernia is one of the most common causes of acid reflux. Having a hiatal hernia means that the upper part of your stomach and LES have bulged through an opening in your diaphragm.

Most common symptoms of acid reflux are:

There are certain foods, drinks, and other habits that should be avoided if you are suffering from acid reflux and heartburn.

Here is a list of foods and drinks that should be avoided, or at least used carefully:

Here are other risk factors that can cause acid reflux and heartburn:

Here is a great video about acid reflux and how to avoid it:

Herbal teas can provide help with treating many different diseases and conditions, including digestive problems. When I quit drinking coffee for a while and instead started to drink herbal teas after each meal, I immediately noticed that my symptoms were relieved. Here are the best herbal teas for treating acid reflux and heartburn.

Ginger is one of the most important ingredients in traditional Chinese medicine, and it can be used to treat many illnesses from the common cold to joint pain and digestive problems. It is rich in antioxidants and other beneficial compounds and has strong anti-inflammatory capabilities.

For avoiding acid reflux, it is important that your digestion is working properly. If the food is staying in your stomach and intestines for too long, it can cause problems like increased gas production, that contribute to acid reflux. Ginger stimulates the flow of digestive juices and helps with speeding up the gastric emptying, thus helping with achieving a normal digestive function. In addition, ginger tea is an effective remedy for nausea that is a common symptom of acid reflux.

Ginger tea contains phenolic compounds that can reduce gastric contractions, which reduces the change of stomach acid going upwards into the esophagus. It can also help with relieving gastrointestinal irritation and reducing the inflammation of esophagus.

So ginger tea is definitely one of the best herbal teas for relieving your symptoms related to acid reflux and heartburn. However, it should be used in moderation, as too much of it could even make the symptoms worse. I recommend starting with 2 cups of strong ginger tea after meals and increasing the dose carefully if needed.

You can use fresh ginger to make your ginger tea, or you can read this article and try one of my favorite ginger tea products. 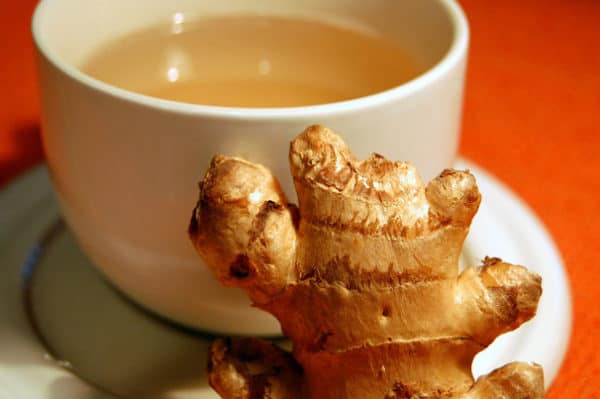 Chamomile is a flowering plant that belongs to the daisy family. Chamomile tea is usually made from either German chamomile or Roman chamomile and it has a high concentration of flavonoids and antioxidants.

The medicinal properties of licorice tea have been known for thousands of years, and it has been used mainly as a cough medicine, sedative, and digestive aid. For acid reflux, the main benefit of licorice tea is that it can increase the mucus layer of the esophageal lining, which helps in protecting it from stomach acid.

Native Americans have used the inner bark slippery elm tree as medicine for centuries. Similar to licorice tea, slippery elm can also create a protective coating in the gastrointestinal tract. In addition, it helps with stimulating the mucus production in the intestines, which provides more protection against acidity.

Marshmallow root has a high concentration of mucilage, meaning that when you mix it water it becomes gooey. This goo can create a soothing and protecting layer on the surface of the irritated esophagus, thus reducing the symptoms of acid reflux.

Conclusions: How to Treat Acid Reflux and Heartburn

I am still sometimes getting the occasional heartburn, or even a period of one week when I feel like acid reflux is coming back. Fortunately, it’s nothing compared to what I had five years ago. In the worst phase, I would wake up about 4 AM having a very uncomfortable and burning sensation in my throat and upper stomach. Then I would try to continue sleeping, but instead, end up rolling in the bed and feeling horrible until the alarm clock would ring. Then it would be time to go to work, feeling tired and stressed because, in that state, even a simple task can feel overwhelming.

Then how was I able to get better? It didn’t happen overnight, and it was not just because of drinking herbal teas, although they helped a lot. Basically, I just started eliminating all the factors that I felt were making my condition worse. I quit drinking coffee and alcohol for a while, started avoiding greasy and spicy foods, and tried to do more relaxing things like walking in nature.

I also started drinking herbal teas after each meal, and before going to bed. I would usually drink ginger, chamomile, or licorice tea, or a blend that contains one or more of those ingredients. I think that drinking the herbal teas after eating really aided my digestion and lessened the symptoms. But it wasn’t just that, I also needed to substitute my coffee and alcohol drinking with something else. So at work, I would drink herbal teas instead of coffee, and at home, before going to bed, I would drink a cup of chamomile tea instead of a beer.

Don’t worry, it doesn’t mean that you can never have a cup of coffee or a few beers. As your stomach gets better you can consume coffee, tea, and alcohol again, but in moderation. Especially if you start feeling that the symptoms are coming back again, take it easy for a while. I also noticed that drinking yerba mate tea is much better for my stomach than coffee. I drink mate tea almost every day, and it doesn’t seem to cause any problems.

In addition to the herbal teas mentioned earlier Traditional Medicinals Belly Comfort Tea is a great blend of organic herbal ingredients. It is designed to help with digestive problems and drinking it after a meal really helps me with improving digestion and aids with the acid reflux symptoms. 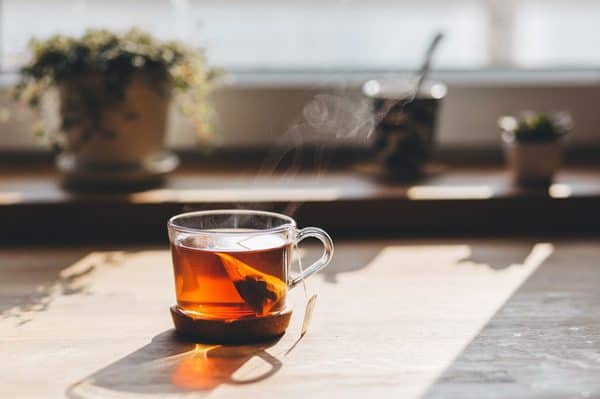 If you are suffering from acid reflux and heartburn, my best tips for getting better are:

I hope that you found this article useful, and if you are suffering from acid reflux and heartburn, I really hope you will get better soon! If you have questions or comments, please post them below.

yerbamateculture.com is a participant in the Amazon Services LLC Associates Program, an affiliate advertising program designed to provide a means for sites to earn advertising fees by advertising and linking to Amazon.com. This is at no extra cost to you.

Scroll back to top