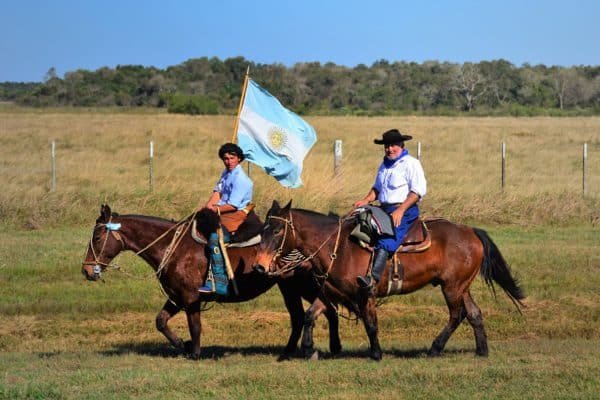 Originally a gift from the Guarani people, yerba mate is an important part of Argentina’s history and culture today. It’s also a big business that is constantly growing. Yerba mate tea’s energizing and healthy properties have helped generations of Argentinians in surviving hard work and harsh conditions without getting sick. Continue reading to find out more about the importance of yerba mate tea in Argentina.

Gauchos are very often connected to yerba mate and for a good reason. Spanish and Portuguese conquerors arrived in South America centuries ago and eventually mixed with the indigenous people in different areas. Some of these people became nomadic horsemen known as Gauchos.

Gauchos went anywhere there was green grass for their cattle to graze on. They spread across the Pampas (grasslands) of Argentina, Brazil, and Uruguay in the 18th and 19th centuries. Gauchos were skilled horsemen and famous for sitting around the fire while passing around mate. They basically used to live on beef and mate but still stayed healthy.

Gauchos are the Argentinian version of cowboys and remain as folk heroes in South America. They were usually mestizos, mixes of European and native South American people, some of them were also black, white or mixes of various ancestry. But they were not just cattle herdsmen. Gauchos also protected the lands from invaders and helped in driving away from the Spanish troops. Until today the Gaucho tradition lives strong and they can be found in the grasslands of Argentina with their cattle. 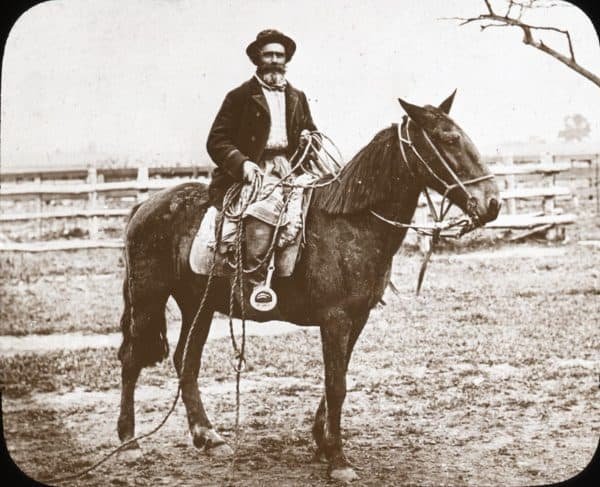 In Argentina, mate is also an important business. According to the United Nation’s Food and Agriculture Organization (FAO), Argentina produced 290 million kilograms of yerba mate in 2017. Surprisingly, 75% of exported mate goes to Syria and Lebanon. More than 22 000 tons of mate is exported yearly to Syria. The history behind the Syrian people’s love for mate dates back to the 1850s when Syrians came to Argentina, fell in love with mate, and going back to their country took the habit with them.

About 90% of Argentinian yerba mate is produced in the province of Misiones and the rest is produced in Corrientes province. I think mate is a blessing to mankind and I enjoy it very much, but unfortunately, there are some problems related to its production. Child labor is commonly used for harvesting mate and it is usual that these children have a very low salary and no health coverage or benefits, and no possibility of attending school. Children as young as 5 years old are working in the fields for 10 to 12 hours a day.

Fairtrade and some local movements are helping to improve the conditions of people who work in mate production. There are also campaigns, backed by politicians, such as Julia Argentina Perié, for eradicating child labor in South America. What you can do, is to buy a product which is fair trade certified, such as Guayaki yerba mate.

Even yerba mate is so popular in Argentina it is not served in most restaurants. Of course, there are some restaurants and cafes which serve it for tourists who want to try it or locals who suddenly feel the urge to drink it, but left their thermos, gourd, and bombilla at home. You can drink mate tea with your dinner, but I think a better option is to enjoy it with something sweet, like a cake, muffin or a biscuit.

In Argentina, yerba mate is not used only for brewing tea but for many foods as well. There are traditional recipes for desserts, different types of beverages, including beer and liquor, and even cheese, where yerba mate is used as an ingredient. You can find some refreshing yerba mate recipes in this article!

Argentinians have some interesting and very old traditions related to preparing yerba mate tea. One of them is caramelized mate. They make it by putting some hot coals in a pot and sprinkling mate leaves on top so that they start to smoke. After this, they add some raw sugar which starts to caramelize on the heat. Then they mix it for a while and finally add some warm water. This creates an interesting smoky and sweet mate!

Over the centuries’ yerba mate has become a very important part of Argentina’s culture. It is said that some rich families used to have servants just for the purpose of preparing their mate. It would then be served from a silver gourd with golden ornaments on it. Nowadays, many Argentinians live in cities and have lost their connections to their origins. Mate also has a role in helping them to hold on to their roots and traditions. The gourds are sometimes passed from a father to a son, from a generation to the next.

In 2016 the world’s largest mate circle took place in Argentina and it was recorded in the Guinness Book of Records. As many as 15 000 materos converged at Costanera de Candelaria, Misiones, and formed a circle. Many people traveled from far to be part of this special event where also bands were playing and local foods were prepared and enjoyed. The event was organized by the Ministry of Tourism and now they are planning to make it an annual event.

Starting from 2015, Argentina celebrates an official yerba mate day on November 30 of each year. The day was chosen in honor of the birth date of Andrés Guazurarí, the only Guarani who has ever been a governor in Argentina. He was an important character in the independence war and, of course, a dedicated matero.

Visit Argentina and Experience It Yourself!

If you go to a park in Argentina, you will find people playing music, bathing in the sun and kicking a football. You will also notice that almost all groups are passing a mate gourd around. Yerba mate is very popular in Argentina, people of all ages and social groups drink it. Argentinians consume annually over 11 pounds of mate per person.

When visiting Argentina, I recommend you buy a mate gourd and bombilla as well as some yerba mate to bring home with you. You can find many types of beautiful hand-made gourds with decorations from the local street markets. Also, you can find good quality yerba mate tea at a very affordable price.

If you want to buy some yerba mate tea, you can read this review article with 5 popular mate teas first. It will help you with choosing the right kind of mate for your preference.

I hope you found this article interesting. Please post your questions or comments below. 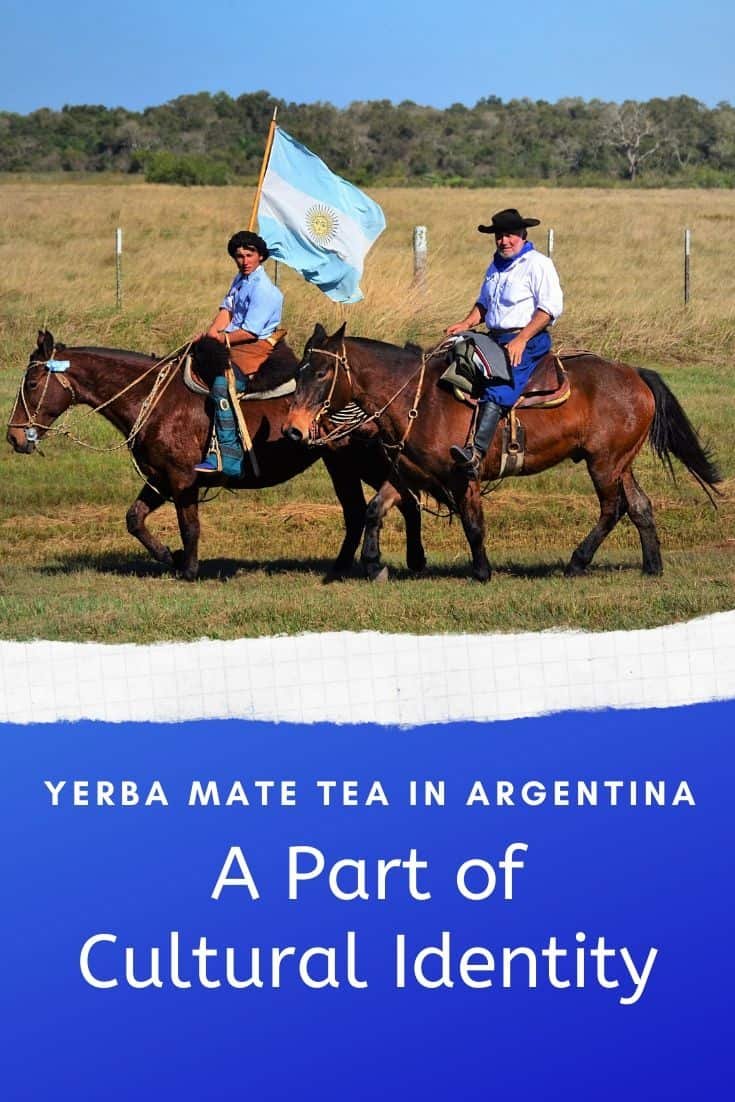